Reverthelp has been helping people from all around the world since 2014.

Ibn Taymiyya Against the Greek Logicians 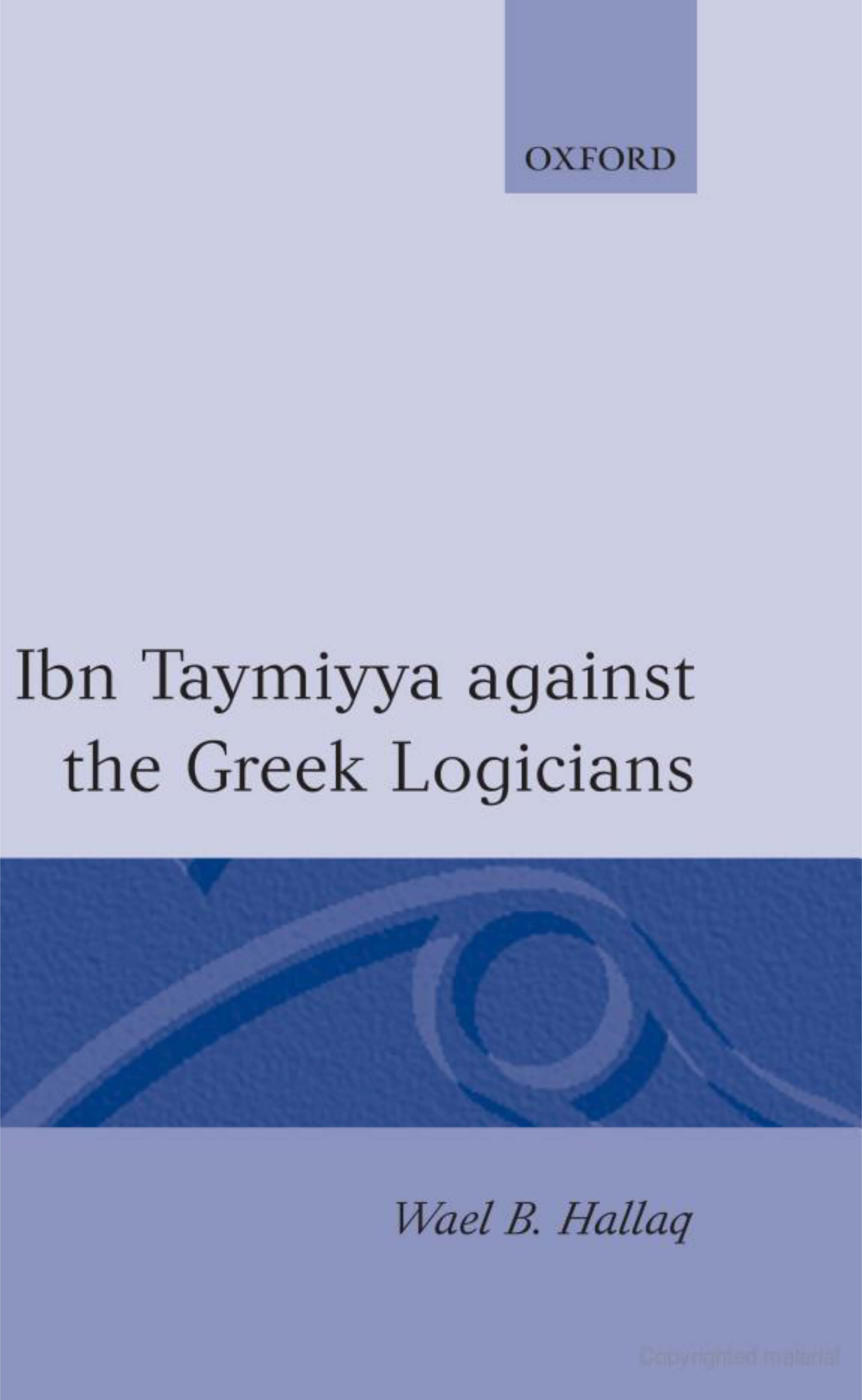 23 May Ibn Taymiyya Against the Greek Logicians

Ibn Taymiyya, one of the greatest and most prolific thinkers of medieval Islam, held Greek logic responsible for the “heretical” metaphysical conclusions reached by Islamic philosophers, theologians, mystics, and others. Unlike Ghazali, who rejected philosophical metaphysics but embraced logic, Ibn Taymiyya considered the two inextricably connected.

Sorry, the comment form is closed at this time.